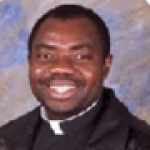 Do Not be Afraid Says Our Lady of Fatima

It was on May 13 1917, while they were tending a flock of sheep and goats, that three children aged ten, nine, and seven, saw a lady above an oak tree. The lady, they said, was clothed in light brighter than the sun, yet whose rays did not dazzle, but were rather soothing to the eyes and imparted a sort of serenity. It was difficult to describe because they had never experienced anything like it before. These three little sheepherders were named Lucia, Francisco, and Jacinta.

The three children were completely surprised and rather shaken by the apparition in spite of the comfortably soothing atmosphere in which they felt plunged or rather surrounded, because the lady who appeared to them encircled them in the light with which she shone brightly.

And, the first words that the lady spoke to them were, “Don’t be afraid.”

The three children experienced the “breaking in” of God’s presence into our lives, no matter how mundane our daily preoccupations.

At Fatima, the Virgin Mary assured us, through the testimony of these three children, that she is intimately near us. She is here to impart the prescription for well-being as far as God is concerned. And his prescription is thus: always have your heart turned towards God, our Father and Creator, beside whom nothing, absolutely nothing makes sense.
“Do not be afraid…Do not be afraid,” God is right here.