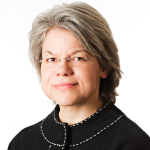 For the Higgins family of Springfield, Massachusetts, this year’s Thanksgiving, celebrated on Thursday November 24, was a return to their roots. Jason, Jaime and their three children, Hailey, Ty and Eve Lynn, came to Saint Joseph’s Oratory of Mount Royal this week to learn more about their family connection to Brother André. They brought with them many souvenirs, family treasures passed down from Jason’s great-grandmother, Mrs. Aurore M. Roy Bessette (mother of Alida Bessette Higgins).

The Higgins proudly pointed out that Brother André had stayed at the home of their great-grandfather, Homer Bessette, when he travelled to Springfield and Holyoke. Biographies by Étienne Catta and Laurent Boucher, CSC, confirm this fact. “À la fin d’octobre 1927, le frère André descendit chez son cousin Omer” (Catta, page 464) (In late October 1927, Brother André paid a visit to his cousin Omer). However, neither author was able to confirm the specific family link between the two “cousins.” The Bessette family tree in Canada and the United States has many branches, with a common ancestor: Jean Bessette said Brise-tout who married Anne Le Seigneur on July 3, 1668. So what branch does this Homer, or Omer, belong to?

The Oratory Archives Centre became a hub of intensive research, a veritable treasure hunt. The entire family took part in the adventure. The Oratory’s genealogical resources, along with specialized websites led to one trail, and then another. Alphonse, father of Homer, was in fact Alfred Alphonse Bessette [1862-1942], the youngest son of Étienne (Césarie Roy) who married Cordelie Dumas on July 29, 1888, in Malone, a city in the State of New York located 30 kilometres from the Canadian border. Brother André would stop in Malone during his travels. Another “cousin” also turned up: Moses (Moïse) Bessette, brother of Alfred A., an important man in this city. The couple, Alfred A. and Cordelie, finally settled in Hartford, Connecticut.

Even though Brother André was a distant cousin, Homer Bessette and his family kept the religious’ memory alive. The Higgins were moved by the visit to Saint Joseph’s Oratory of Mount Royal founded by their distant cousin, and impressed by the immense Basilica. For the Higgins family – and for us as well – this visit was an occasion for gratitude, a way to give thanks for the precious gift of family. Happy Thanksgiving to the American “cousins”!