Search
Contact us
Home / Blog / Brother André / How Fortunate we are! We have a witness! 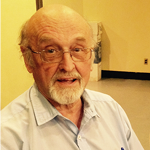 How Fortunate we are! We have a witness!

On hearing the word “witness,” what first comes to mind is the idea of someone in a judicial context… “I call the next witness.” A moment of sober responsibility. It will be through this person that the light of truth will have a better chance of being accurately discovered, revealed.

One should not minimize its importance, its usefulness, its power of personal involvement: a witness to an accident, witness to a marriage, witness to a last will. On it, the history of the world is built, secular and religious, including the human dimension.

It has been said of Brother André that he was “A friend. A brother. A saint.” During the impressive celebration in the Olympic stadium, Cardinal Turcotte declared that “He is, even as a saint, one of our very own.” More modestly, I would like to add to these accolades that he is a superb witness to a constant life of faith, hope, and charity. I think that it would not be an exaggeration to consider him in the line of the apostles, first witnesses to the Gospel.

Jesus was himself defined by this role of witness. Before the religious authorities, to say nothing of his disciples, he turned his whole life — his actions, his words — into the realization of the will of his heavenly Father. “Father, may your will be done, not mine.” “Who has seen me, has seen the Father.”

In a divine unity with God, he fulfilled his mission as Savior through unexpected actions: healing miracles (wonder worker), many signs of power (Cana, multiplication of loaves), edifying teaching (“No man has ever spoken as this man”). The poor, the sick, the sinners all benefited from his compassion, from his insistent prayer to his Father during his private withdrawal to the mountains.

His final destiny made him brave the tortures of his passion up to his condemnation to an ignominious death. But, it was through this that he achieved his passing over to the glory of the Resurrection: a life of love and happiness offered to all… and we know this because of the witnesses that he provided.

Through his post-resurrection appearances, he strengthened their faith, and with the power of the gifts of the spirit, he sent them out to carry the Good News to the whole world. Thus Peter, filled with an unshakable conviction, did not hesitate to continue the work of his master. To the sick man, sitting by the “Gate called Beautiful,” he called out, “What I possess, I give to you; in the name of Jesus of Nazareth: walk!” To the skeptical Sanhedrin, he declared openly, “As for us, we certainly cannot remain quiet about what we have seen and heard.”

Doesn’t this principally apply to our Saint Brother André? Because of his unbroken union with Saint Joseph, he consoled, he heartened. Through his faith (in collaboration with his all-important friends), he hollowed out on a mountainside a TEMPLE, surely an imposing witness.

Friends of Brother André, wouldn’t you rather consider him a witness not so much by happenstance, as a witness through grace?… who is a gift to us!