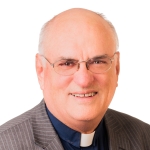 Each year, several thousand schoolchildren come to visit the Oratory. They are always impressed by the character of Saint Brother André and by the immense house of prayer that he erected with his friends in honor of Saint Joseph.

During one of these visits, a teacher asked his students to write down what they remembered about their visit. “I really enjoyed my visit to the Oratory,” wrote Mélissa, from Saint Joseph’s school. “Like many people, I prayed very hard and asked Brother André to grant all my wishes and those of others. I tell everyone to go to the Oratory and ask Brother André for a “witness heart”.

As for Jessyka of Saint-Lazare, she was impressed by the great basilica. “It’s super and very high.” Then she adds, “I learned tons of things and got to know Brother André. Now, I pray to Jesus with Brother André, without forgetting Saint Joseph. If you go there, you will be impressed.”

Saint Brother André touches the hearts of children. Is that so surprising? He spent 40 years among them at Collège Notre-Dame. Once he became custodian of the Oratory, he never missed a chance to talk to the children. He invited them to pray to the good Lord and to confide in Saint Joseph.

The kingdom of God belongs to those who are like children, Jesus said. This word did not escape Brother André. Before Saint Joseph and before the Lord, Brother André behaved with the heart of a child, in an attitude of trust, wonder and welcome. He let himself be shaped by their benevolent gaze. For this reason, no doubt, he was comfortable with children, and children liked to visit with him.

Brother André understood that the most effective way for children to discover God is to give an example of God’s love rather than to talk about it. He taught them to be in awe at all that God has made noble and beautiful for them and in them.

Even today, many parents and grandparents come to the Oratory with their very young children or grandchildren. Like Brother André, by example more than by word, they initiate them into prayer, recollection, and beauty. They introduce them to this presence of God which brings peace and inspires confidence. And the children are touched, marked by this atmosphere.

We can also say that the presence of children at the Oratory is important to us. The Lord in the Gospel invites us to look at them and to be inspired by them, to open our hearts to wonder and to a confident prayer, following the example of Melissa and Jessyka.

A mother, Alice, wrote to the Oratory to thank Saint Joseph for the healing of her leg and ended her letter with this: “Saint Joseph, you were the adoptive father of Jesus. Give us your hand so that we may have child-like reassurance.” She understood it all.